The Media Super National Print Awards, the premier print awards in Australia, were established in 1984 to recognise and encourage the achievement of excellence in print in Australia and a Gold Medal at the Awards remains the ultimate accolade the industry can bestow.

Since these Awards were founded, the industry has consistently raised its benchmarks for quality and innovation and the Media Super National Print Awards has played an instrumental role in lifting these standards. Over the years, numerous NPA medal winners have been honoured with prestigious international awards, ensuring the NPA standard is recognised worldwide as a mark of excellence and confirming that Australian printers are the equal of their counterparts anywhere in the world.

Since 1984, many things have changed in the Australian print and graphic communications industry. Entirely new technologies have been introduced, some practices have died out, others have changed almost beyond recognition. Some things, however, remain constant; among them, the dedication, commitment and attention to detail which result in true quality. It is these things that the National Print Awards celebrates.

The Awards are run under the auspices of the Printing Industries Association of Australia. Printing Industries is an independent, specialist member-based not-for-profit national organisation representing large, medium and small businesses. Our membership covers all imaging and communication sectors, including print, prepress and design, publishing, distribution, software and hardware, paper and paper board, print consumables, packaging and flexible packaging, paper converting, binding and finishing, communication and marketing media services.

You are invited to enter your best work into the prestigious 2017 Media Super National Print Awards.

Last year’s awards saw over 700 entries received from across the country and this year is gearing up for even bigger competition, with the best of the best in the industry battling it out in 18 general print categories, five design categories, and of course the night’s major Sponsor Awards.

The winners will be announced at the 34th National Print Awards Dinner, which will be held in Melbourne on 25th May 2017 - more information coming soon.

Want to find out more? 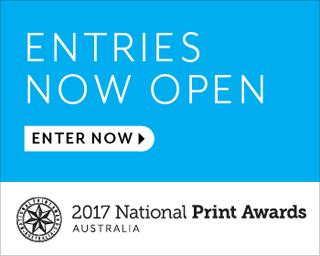